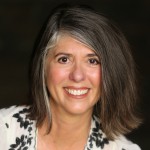 JoAnn Hardy is the new Executive Director for TranscenDANCE Youth Arts Project. She is a second-generation immigrant with combined origins from Southern and Eastern Europe making her an interesting “Ashkephardic” as she likes to be known. She brings a dynamic blend of private and public sector experience including serving the San Diego Jewish Academy from 2010 to 2014 as senior staff, where she was responsible for leading fundraising and donor stewardship efforts for the $13 million pluralistic preschool – 12th grade school where 30% of the families were new first generation families from Mexico, Argentina, Israel, South Africa, Russia and China. Previously, Hardy was director of development for Second Chance, a $3 million non-profit agency, whose mission is to live up to its name by transitioning homeless and chronically unemployed men, women and youth into jobs, education and housing.

Hardy received her MBA from the University of San Diego and earned her BA in Business Economics from UC Santa Barbara. She has been honored for her hard work and dedication when she was awarded the “Women Who Mean Business Award” by San Diego Business Journal in 2003. She is founder of OGYoga with the mission of making therapeutic yoga accessible and affordable for all ages and she created “Lions, Cobras and Swans OM” for 5 –10 year old kids. Hardy has three grown children and lives in a 125-year old Victorian home in Sherman Heights, which she lovingly restored, and now hosts www.airbnb guests from all over the world inspiring the Belong Anywhere Universal Branding. Hardy is excited to be part of TranscenDANCE where she has found a home; and is eager to co-lead TranscenDANCE with Cat Corral, Co-Founder/Artistic Director and the Board of Directors.

Hardy begins her new journey on February 3, 2015 and is excited to find ways for you to be a part of TranscenDANCE Youth Arts Project which strives to empower youth from disadvantaged San Diego and National City neighborhoods to create positive personal growth and build healthy community through dance and performance.